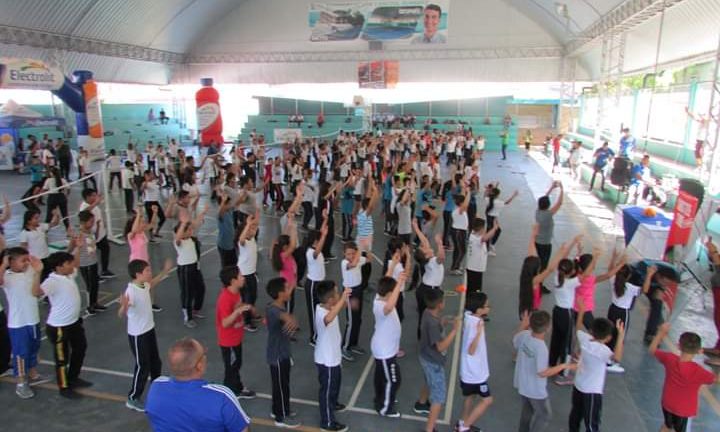 A Shuttle Time Festival was held last month in the Alvarez municipal court of San Miguel, El Salvador. The festival was coordinated by the Ministry of Education (MINED) and the Salvadoran Federation of Badminton (FESALBAD).

The Shuttle Time Festival was a fruit of all the hard work from FESALBAD and local support staff. During the event, children were excited to practice badminton. Most of them had never played any racket sport and they found badminton to be a fun and easy game.

This was one of the biggest such events in the eastern part of the country and attracted more than 200 children aged between 7 and 12 from eight schools in the region.

The eight schools were:

The event also caught the attention of teachers of other schools and directors in the region and they are looking forward to joining future initiatives of FESALBAD.

Currently, there are more than 130 teachers being certified as Shuttle Time Teachers and they are all motivated to work along with FESALBAD in developing badminton in their region.

The BWF Shuttle Time school programme was introduced by FESALBAD in 2017. Shuttle Time resources allow teachers with limited experience to introduce badminton-related skills, movements and tactics to pupils through a variety of fun games and activities. The lessons are suitable for children aged 5 to 15 and have been designed to ensure that pupils are physically active throughout the duration of a lesson.